Last weekend, I went with big group of friends to stay in a cabin on Lake Tahoe. We set out from the San Francisco bay area with three cars and finally arrived at the cabin about 6 hours later! Thankfully we were in a four-wheel drive SUV, because with a huge blizzard going on, the roads were really treacherous. I had not seen so much snow since I lived in Utah over 17 years ago (I can't believe it has actually been that long!). 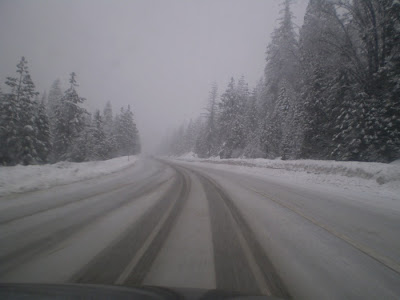 In the middle of the blizzard: 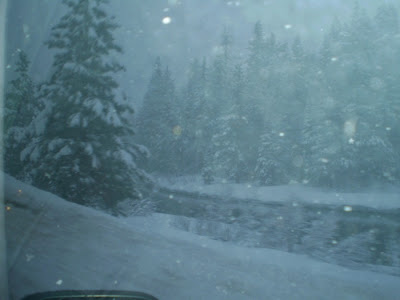 Melissa and Kerri's snowman in progress: 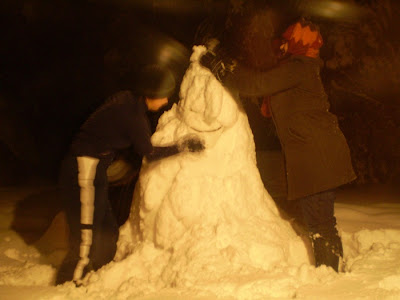 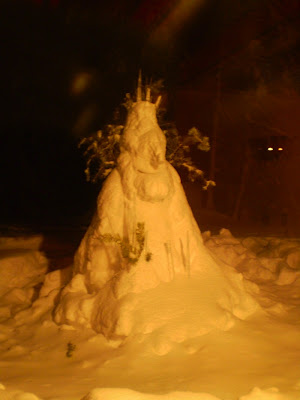 Our cars, covered in snow and surrounded by five feet of it: 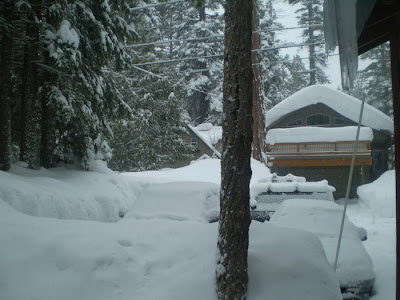 Everywhere I go in the city I try to bring my camera and take snapshots of some of the strange and wonderful things there are to see.

Nearly every corner in my neighborhood has a little portrait of Barack Obama painted on it. I've never seen anyone running for president so admired before. It seems like no one has a negative opinion of him, at least in San Francisco. Is he this loved everywhere else? 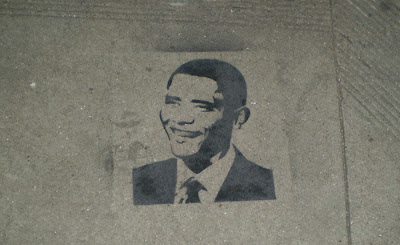 The roads are filled with cars painted and decorated in strange and wonderful ways, like this minvan covered in a model of a city, though not San Francisco: 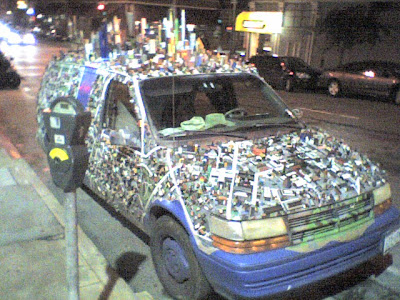 I was walking along Market Street when a streetcar passed by that I had never seen before. At first Melissa and I thought it was a new streetcar, but according to the Muni website, it haas been in the city since 2005. Strange because I thought I recognized all the cars. This one is a gift from Zürich, Switzerland: 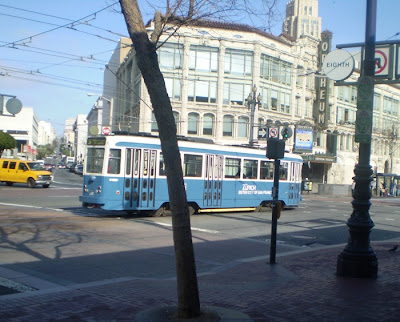 If The Groundhog Saw His Shadow, Why Is It Warm Out?

So the world's most famous groundhog, Punxsutawney Phil, saw his shadow last week, predicting six more weeks of winter. We celebrated by throwing an awesome two-day Groundhog/Superbowl party (as previously mentioned). Highlights of the party included... 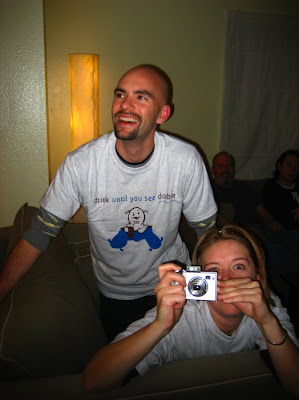 Awesome t-shirts designed by Samantha and Melissa (left and center, below): 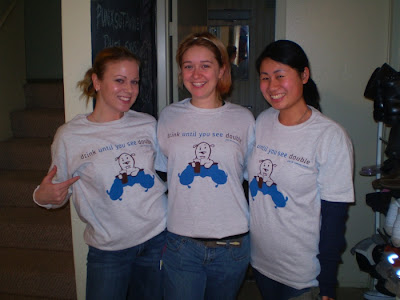 And general hanging out, snacking, and enjoyment of the most exciting Superbowl in recent memory: 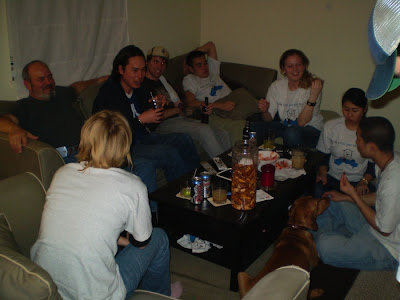 We also watched Bill Murray's Groundhog Day movie three times in a row (including once in Portuguese). I think it likely that Phil is not such a good weatherman now, because this weekend has been amazingly warm. Today was bright and sunny outside, and it got up to 63 degrees... the warmest it has been here since October! It was so nice, a couple friends and I hung out on the sidewalk most of the day knitting, making t-shirts, and snacking: 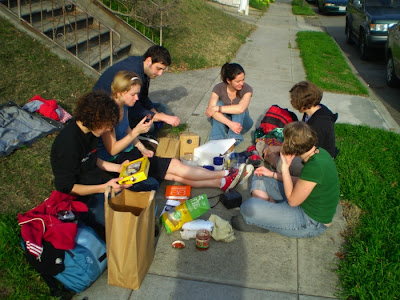 Wake Up Woodchuck-Chuckers, It's Groundhog Day!

Today is my new favoritest holiday, Groundhog Day! I am going to my friends Eric and Samantha's house for our first annual Groundhog Day Party. Samantha and Melissa designed a t-shirt for the party and we are having two bartenders: one for winter drinks and one for spring drinks. 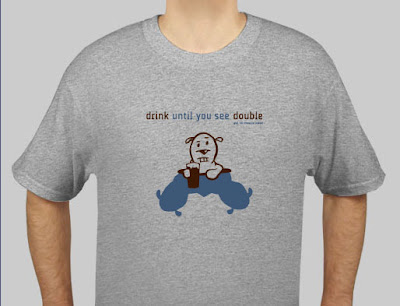 I also just finished reading three Kurt Vonnegut books in a row, namely: Cat's Cradle, God Bless You, Mr. Rosewater, and Slaughterhouse-Five. I really like reading Vonnegut, but he is definitely cynical. I seem to see the world the same way he does: without some great meaning, lacking free-will, and humans being a relatively unimportant part of it. But it seems he takes these beliefs in a generally pessimistic direction, while I see these things (maybe with the exception of no free-will) as being freeing and exciting.
No comments: