I went to the 31st Annual Haight-Ashbury Street Fair today, which takes place near where I lived when I first moved to San Francisco. There were so many people that it was overwhelming at times, but fun anyway. The festival is pretty much an excuse to eat, drink, and be loud in the middle of the street, which they close down for the whole day.

Here is a view down Haight Street. As you can see, the party stretches as far as the eye can see: 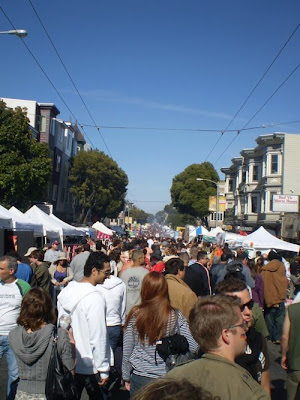 Every building along the street becomes home to a party as people play music out the window: 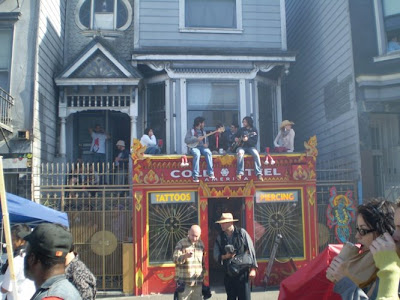 The headlining band at one end of the street was some band called Jetboy, which was actually pretty good: 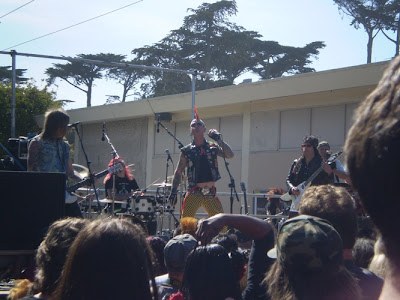