This past weekend, San Francisco had one of those rare weekends where it is warm enough to go walking around outside all day long in t-shirts and shorts-- if only you owned a pair of shorts. To celebrate, we took a trip out to Japantown for the annual Cherry Blossom Parade and Festival. Vendors of every kind sold mochi (a gooey rice confection), drinks, and trinkets of Japanese and not so Japanese origin. If you've never had mochi before, find someway to get some soon. It is very tasty.

Then the parade started, led by this beautiful fish: 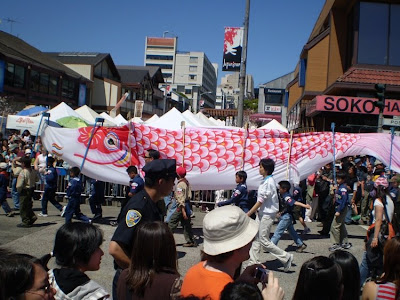 Next up, tradition Japanese drummers performed as their float passed by: 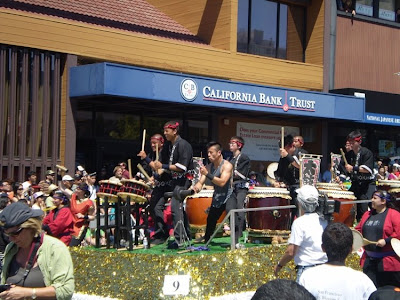 And then, scores of women performed intricate and graceful traditional dance: 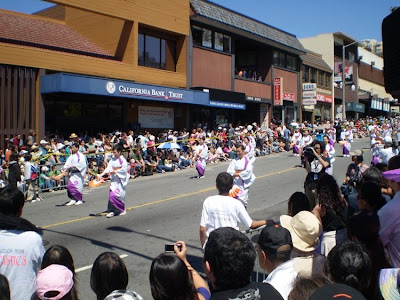 But the highlight of the parade was its Grand Marshall, George Takei, who played Sulu in the original Star Trek series and movies: 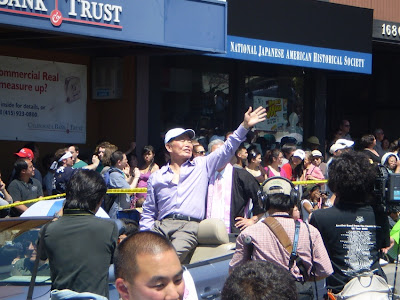 He even gave Melissa and the crowd around us the Vulcan salute, made famous by Spock. Unfortunately, we were too excited to get a picture of it, but here's another picture of George to give a sense of the profound majesty of being in the presence of the God-like being that he is: 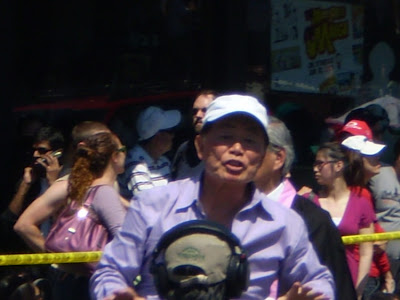