We woke up in Gothenburg to a rainy day.  After a breakfast at the hotel restaurant, provided for free and surely the greatest hotel breakfast I've ever had, we decided to spend most of the day in the room waiting for the rain to clear.  We watched television and read until nearly 4 PM.

The view outside our window with the rain: 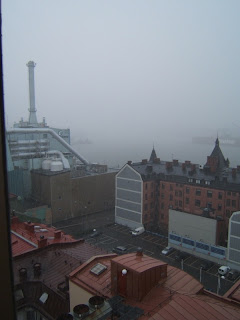 The same view the day before... 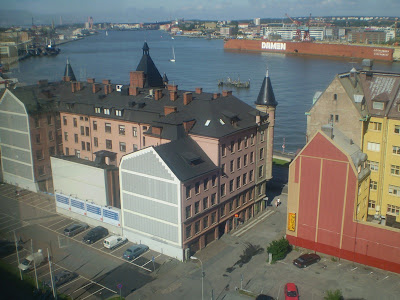 Another view out our window of the beautiful buildings in the rain: 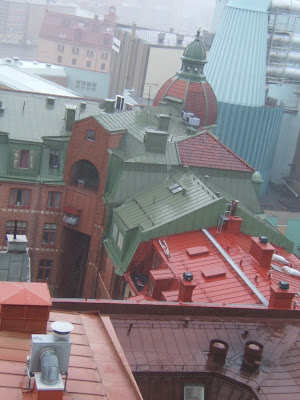 And some more buildings on the waterfront: 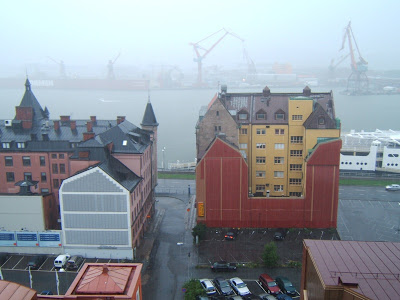 The night before, we washed all of our dirty clothes in the sink of our hotel, which worked out really well.  We realized that as long as we have a sink to wash our clothes in, we could live indefinitely on the contents of a medium-sized backpack each.  We used a pack of solid laundry detergent slips to wash them, and I highly recommend them for backpackers.

Our modest but nice hotel room: 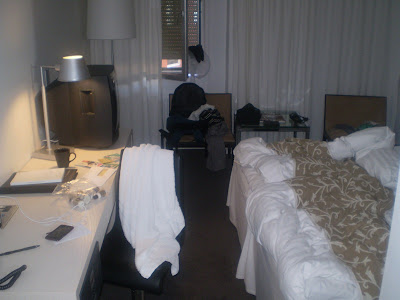 Finally the rain cleared up a little bit and we decided to go to the mall, where we walked around for a little bit and had coffee at a cafe.  When we finished, we took the light rail from downtown Gothenburg to visit Birgitta (Melissa's aunt).  While visiting Birgitta, she served us a lovely vegetarian pot pie with broccoli and cheese, wine, and then a dessert of vanilla ice cream and warm rhubarb crumble.  Birgitta is more comfortable speaking Swedish than English, so we spoke Swedish for the entire night, and I got to use the Swedish I had been studying over the last 18 months.  It was tough, but Birgitta is a very patient person who helped me say what I wanted to say and spoke slowly and clearly to help me understand.

After dessert, Melissa and I took the light rail back to our hotel to retire for the night.

The light rail we rode to and from Birgitta's apartment: 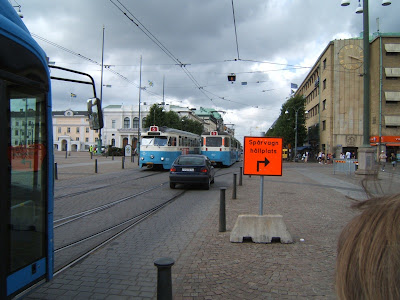 There is a cafe in Gothenburg called the "Language Cafe" where you place a flag on your table to signal to others in the cafe which language you are interested in practicing. Then you can sit at any table and speak in that language. It is a neat idea and I really wish we had one of those in San Francisco. Also, notice that the cafe is on Esperanto Square: 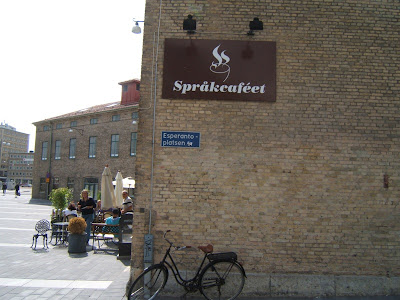